Summer season in Ylläs Bike Park 18.6.-2.10.2022. Please note! The start date for the summer season is an estimate. If there is still snow, the opening may be postponed by a few days. 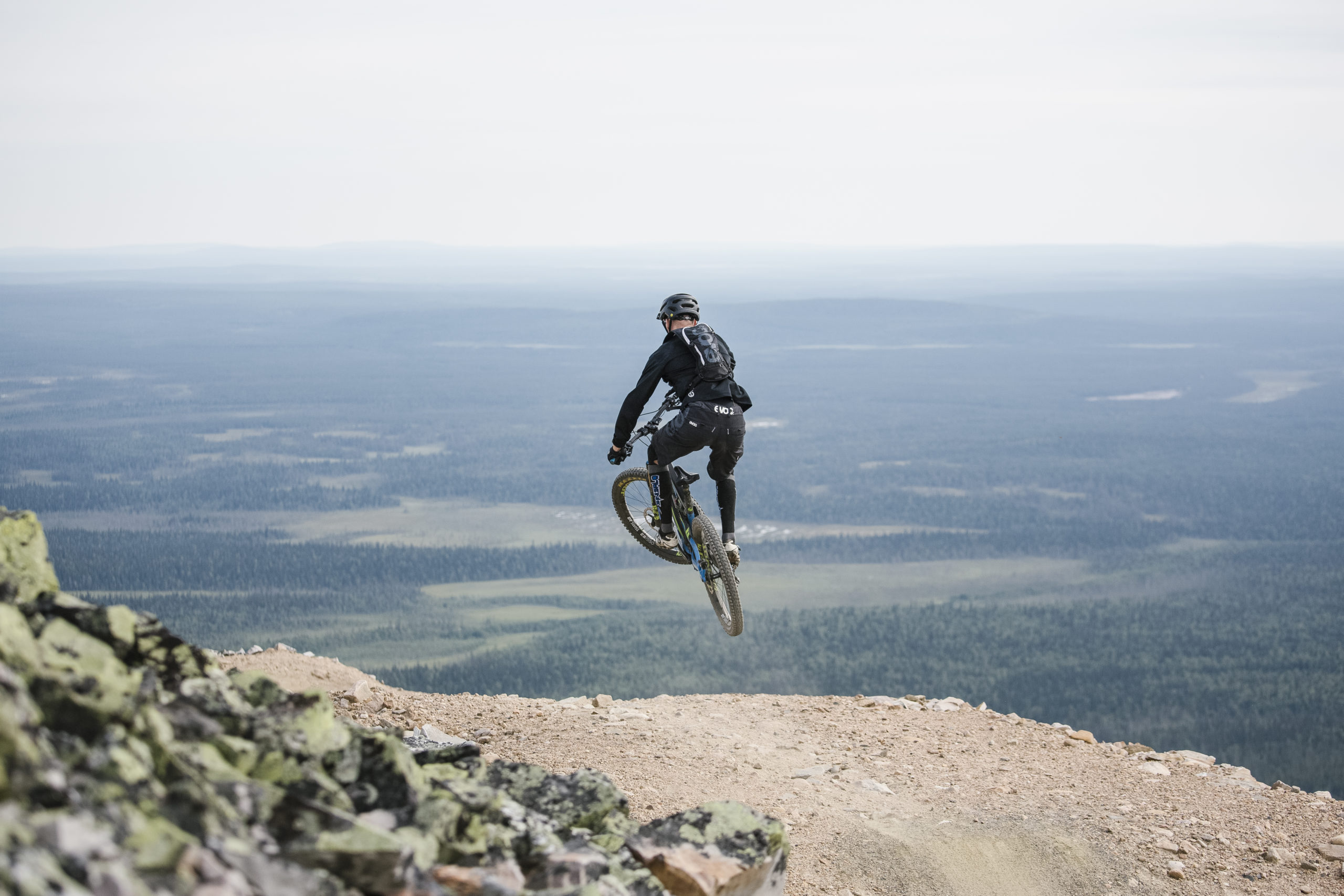 Please note! The start date for the summer season is an estimate. If there is still snow, the opening may be postponed by a few days.

Buy your tickets and passes online 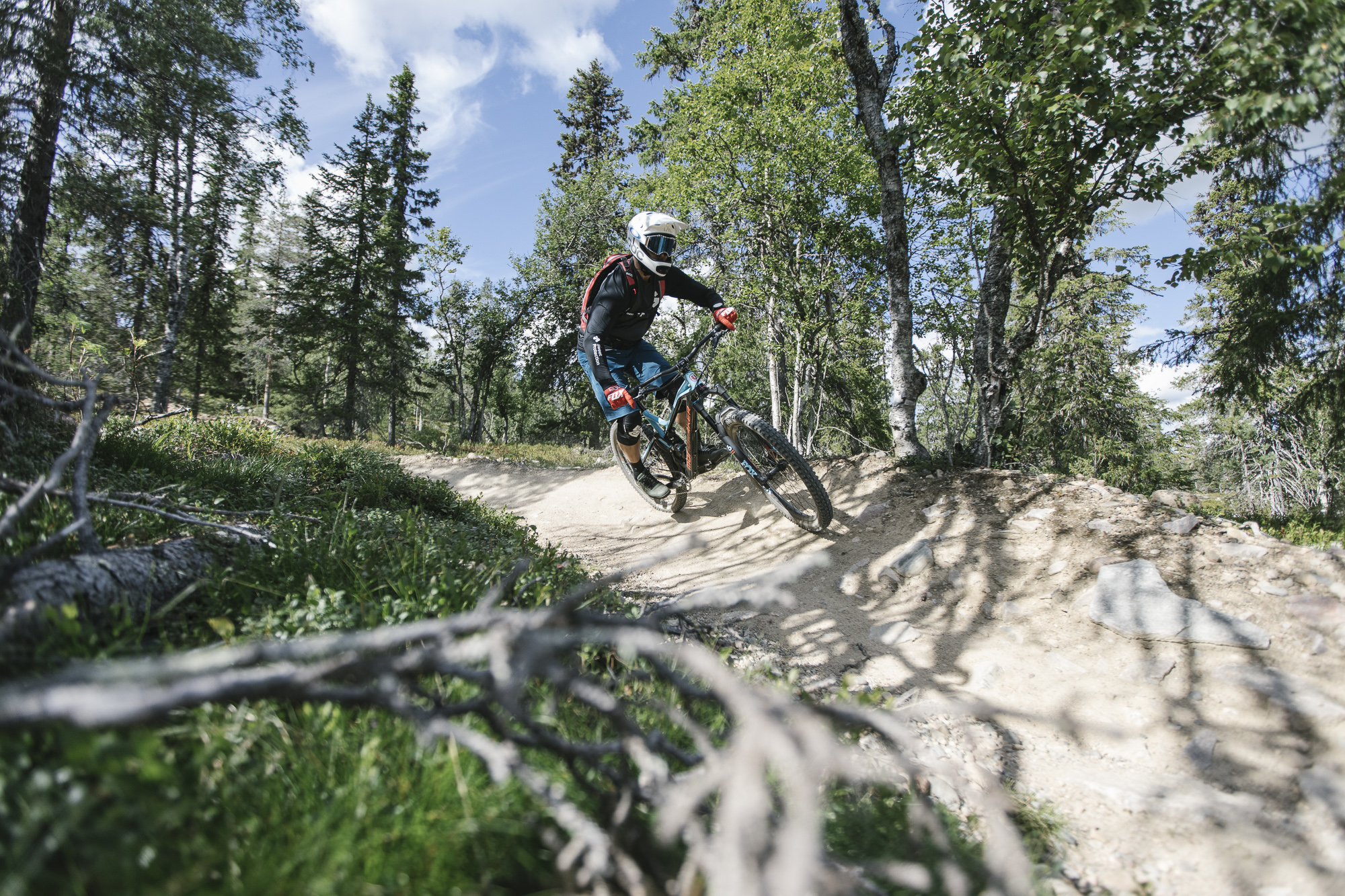 We have an extensive selection of routes. We offer 13 downhill routes and three lifts. The longest routes are up to four kilometres long. 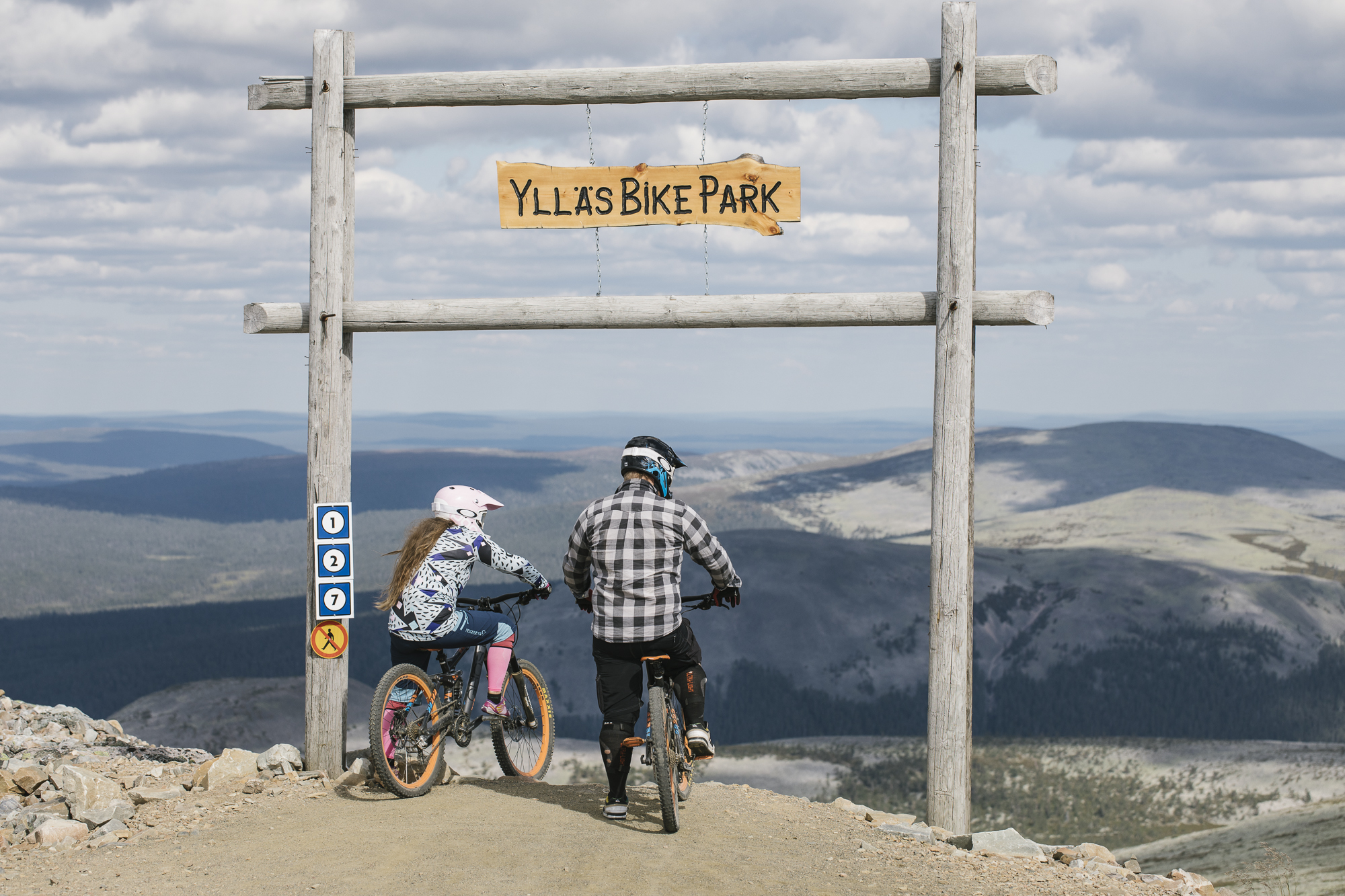 The longest routes in Finland

Two separate routes start from the top of the fell and branch into several smaller routes along the way. One of the routes is blue and the other one is red. Both of the routes that start from the top are somewhat challenging, and we recommend starting the hobby, for example, at the T-bar lift, unless you have previous experience of downhill mountain biking.

Beginners can learn the basics and still have fun by starting at a lower point of the fell side. The T-bar lift takes bikers to the tree line, which is the starting point of several blue routes. Practising and learning the basics first on easier routes makes it safer to try the long routes from the top.

There is a Training Track near the carpet lift where even children can try DH. The Training Track offers and easy and safe way to try mountain biking.

For enduro enthusiasts, Ylläs offers several routes of different lengths and difficulties. For example, Ylläs Bike Park has a popular Full Enduro route that is up to four kilometres long.

We are continuously developing Ylläs Bike Park, and our aim is to launch something new every summer!

The best way to stay tuned on daily weather and lift information is to follow Ylläs Bike Park on Facebook. The lifts are open daily under normal circumstances, but in stormy and thundery conditions, they cannot be used.

Month to go and summer season is on! We open Ylläs Bike Park on Saturday 18th of June. Season pass is still on sale with the price of 129€ (norm. 170€). Buy yours at latest 17th of June, yllas.skiperformance.com
Reittiukko (in the picture) and co. will start their work among the routes as soon as the snow melts from the fell! See you soon!🥳
#ylläsbikepar #visityllä #DH #yllässkiresor #elämänionalamäe

Ylläs Bike Park summer season passes available now!
Buy yours no later than May 1, 2022 and get your season ticket for 99€.