Safety is a joint effort

Alpine skiing is a fun, fast-paced activity, and the vast ski resort of Ylläs can have thousands of skiers on peak days. The most extensive piste selection of Finland guarantees that skiers and snowboarders of all skills levels find their favourite and have sufficient space, but in order to ensure a safe day on the slopes for all, everyone must follow the safety rules – just like in traffic.

Read our slope and park rules
If something happens

Ylläs is a pioneer in Finnish ski patrol and slope safety, and we have been actively involved in developing a shared patrol training system for the ski resort industry.

Ski patrollers in their red outfits have become a familiar sight in almost all ski resorts in Finland. They specialise in all aspects of slope safety.

They monitor the condition of the slopes and ensure that signposts, border markings and bump rails are in place – in short, they are responsible for the details that make each day on the slopes safe. The patrollers guide and help everyone who needs assistance – and, if needed, intervene if they notice behaviour that compromises the safety of others.

Ylläs has 28 lifts with a total capacity of approximately 30,000 passengers per hour.

The Ylläsjärvi ski resort has a gondola lift, and Äkäslompolo has one four-person chair lift. Most of the other lifts are platter lifts or T-bar lifts.
Ylläs has a total of three carpet lifts, two on the Ylläsjärvi side and one in the children’s training track in Äkäslompolo, which also has the only rope tow in Ylläs.

The carpet lifts and the rope tow are the easiest to use, which makes them particularly well suited for small children.

Platter lifts take skiers up the hill one-by-one at a slow pace. Getting on the lift is easy, which makes this lift type suitable for children and beginners.

T-bars are designed for two people and, because the pace of T-bar lifts is usually a bit faster, riding a T-bar might take some practice for children and novice adults. The lift personnel will help and guide you. We recommend that children practise using the T-bar first at the ski school or with an experienced adult.

The slopes are maintained by a snow groomer every day after the lifts close. The grooming takes place immediately in the evening, during the night or in the early morning. The exact maintenance time depends on the conditions and the following day’s weather forecast. The aim is to optimise the condition of the slopes for the next day.

However, snowfalls or the wind can add new snow on previously maintained slopes before the lifts open or later during the day. When this happens, we might need to temporarily close down some lifts to groom the lift tracks again. It would not be safe or sensible to groom the slopes more extensively during the day, which means that skiers and snowboarders should be mindful of exceptional weather conditions.

Slopes marked with a Slope closed sign are temporarily out of use, and riding them might be risky. For example, in the early season, the slope may look safe after a snowfall, although the layer of snow is not thick or firm enough. In this case, skiers entering the forbidden zone might face the unpleasant surprise of bare blockfield amidst the snow.

Warnings and prohibition signs are used for a purpose, and everyone should obey them for their own safety. 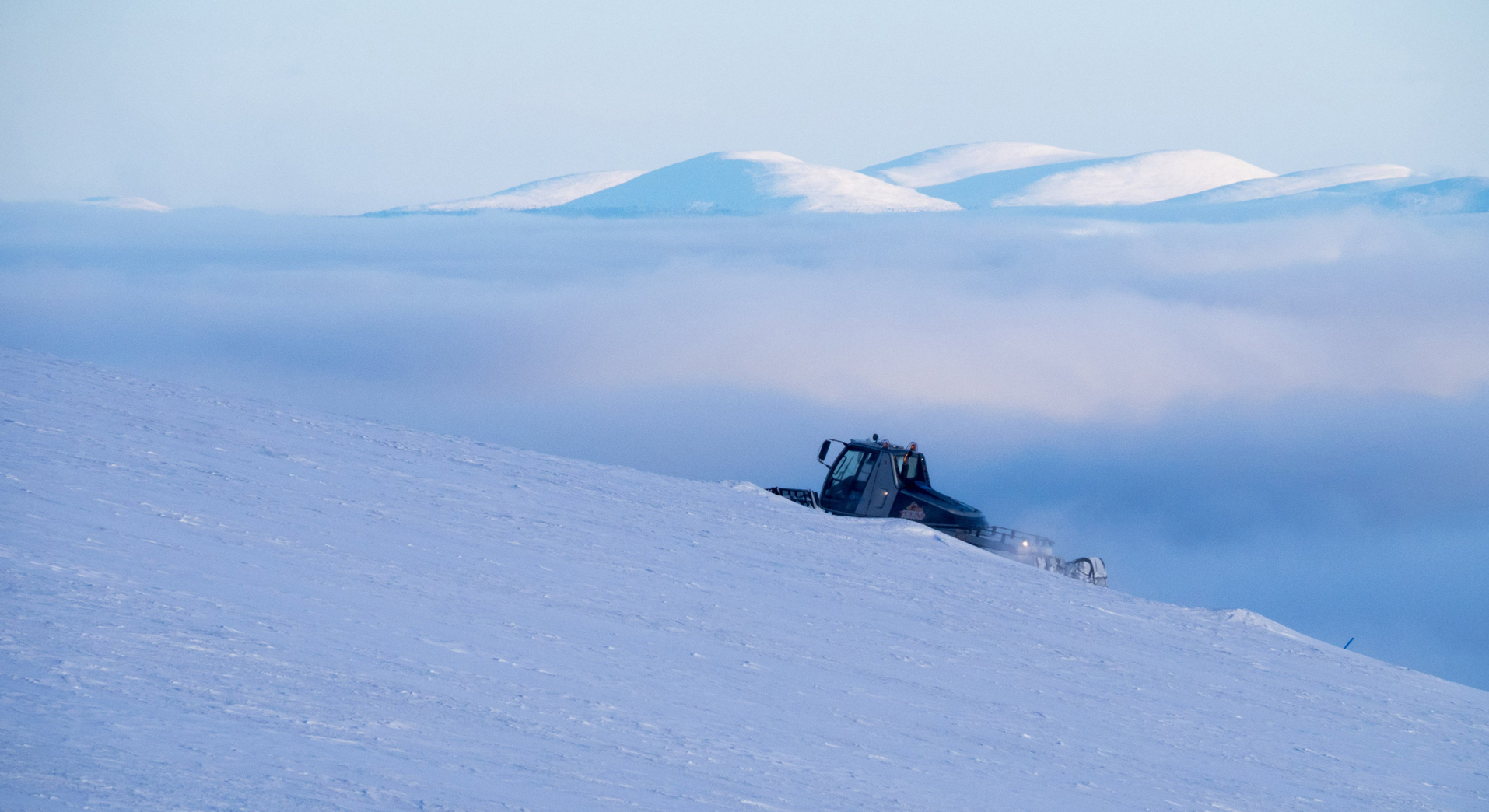 Off-piste slopes are intended for freeriding, and they are not groomed after snowfall like normal slopes. Instead, they remain in their natural state throughout the season. However, the ski patrol monitors the snow situation of off-piste slopes, and the slopes are opened only when the layer of snow is sufficiently thick and firm. Nevertheless, skiers should be prepared for individual rocks on the surface of the snow, cornices, dents and other natural phenomena.

Conditions in the snow parks can also change daily, affecting the glide of the equipment. As a result of this, a safe speed can vary greatly from day to day on each terrain. For this reason, we recommend testing the speed before performing the most challenging tricks.

First aid on the slopes

Both of the ski resorts at Ylläs are extensive with a large number of slopes. For this reason, Äkäslompolo and Ylläsjärvi have their own separate first aid units.

In Äkäslompolo, the first aid personnel of Ski Patrol Ylläs transport the injured safely to the local first aid clinic, and actual first aid is provided by the nurses and – where necessary – doctors of the Medi-Ylläs medical centre.

Ylläsjärvi follows the same procedure, with the exception that the healthcare professionals working at the first aid clinic are employed by the ski resort.

If necessary, the patients are referred to the health centres of nearby municipalities or the Lapland Central Hospital in Rovaniemi for further treatment.

In the case of an emergency, call the emergency telephone number 112.

Follow these simple rules to make the day on the slopes safer for everyone – including yourself.

Always follow the signs and the instructions given by the ski resort personnel. The personnel have the right to confiscate the lift ticket of anyone who fails to follow the slope rules.